The Meeting with Evil: Inge Genefke’s Fight Against Torture 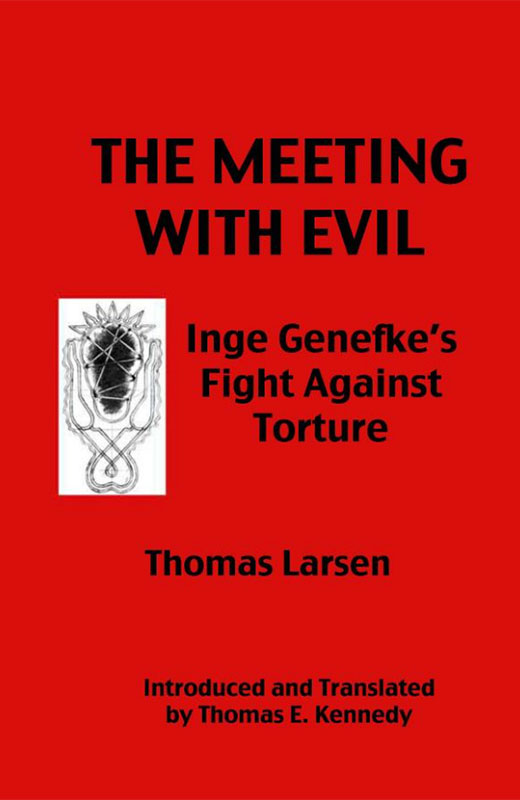 The Meeting with Evil contains three chapters from a book about Dr. Genefke’s work to rehabitate torture victims from throughout the world (translated by Thomas E. Kennedy and first published in New Letters) and Kennedy’s interview with Dr. Genefke and her husband Bent Sørensen, her partner in the Anti-Torture Support Foundation.

Dr. Inge Genefke, a neurologist, has worked in the field of international humanitarian action for nearly 40 years. In 1984, she was principle founder of Copenhagen’s Center for Research and Rehabilitation of Torture Victims (RCT) and the International Council for Rehabilitation of Torture Victims (IRCT). She has served as secretary general and medical leader of both organizations; until 2010, as IRCT ambassador, she led the organization’s international campaign against torture, on behalf of torture victims and to disseminate information on the existence of torture. Many times nominated for the Nobel Peace Prize (again in 2007), she has received frequent recognition from governments, medical, and humanitarian organizations worldwide and has been invited to address the United States Congress about the widespread use of torture in the world today.

“Now more than ever, the world needs to be told about the extent to which men, women and children are being subjected to torture.  Thomas Larsen’s book about Inge Genefke’s Meeting with Evil and her 30-year fight against it bears that witness”

—Tim Robbins, Star of The Secret Life of Words

“Fifty years ago, the Nobel Laureate Albert Camus said, ‘For every man tortured, ten terrorists are born.’  Inge Genefke and the organizations she founded are working to help the victims and stop the torture.  What better way to wage the war on terrorism?”

“It is almost impossible to imagine the loneliness of torture victims – alone and at the mercy of a merciless tormentor determined to destroy their humanity.  Who, more than they, needs someone to speak out on their behalf and to fight for them?  Inge Genfke is such a person, and those working for the organizations she founded undertake this vital humanitarian work every day.”

—Sarah Polley, Star of The Secret Life of Words

“The effort to heal the minds and bodies of the men, woman and children who have been subjected to torture and the struggle to promote awareness that torture is practiced increasingly throughout the world and to fight against it are vital to the survival of civilization.  Inge Genefke, through her efforts and through the organizations she founded, has dedicated her life to that effort and to that struggle.”