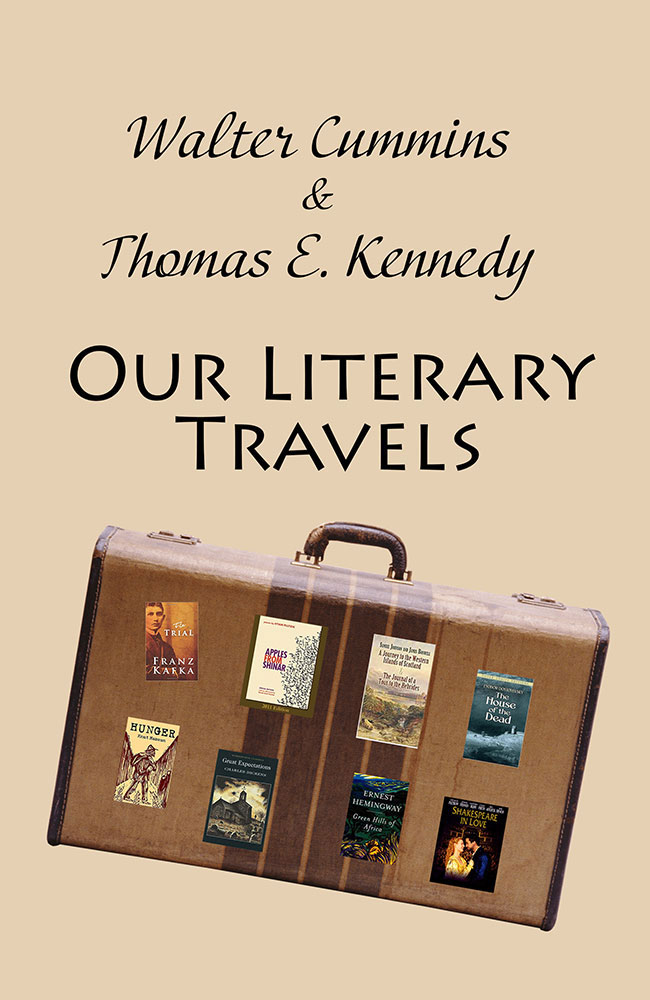 Walter Cummins has published seven short story collections-Witness, Where We Live, Local Music, The End of the Circle, The Lost Ones, Habitat: stories of bent realism, Telling Stories: Old and New. He also has two collections of essays and reviews-Knowing Writers and Death Cancer Madness and Meaning. More than one hundred of his stories, as well as memoirs, essays, and reviews, have appeared in magazines such as New Letters, Kansas Quarterly, Virginia Quarterly Review, Under the Sun, Arts & Letters, Confrontation, Bellevue Literary Review, Connecticut Review, in book collections, and on the Web. With Thomas E. Kennedy, he is founding co-publisher of Serving House Books, an outlet for novels, and memoirs, and story, poetry, and essay collections. For more than twenty years, he was editor of The Literary Review. He teaches in the graduate creative writing programs at Fairleigh Dickinson University.

Thomas E. Kennedy’s many books include novels, story and essay collections, literary criticism, anthologies, and translations. The four novels of the Copenhagen Quartet were published by Bloomsbury in the U.S. and the U.K. (In the Company of Angels, 2010; Falling Sideways, 2011; Kerrigan in Copenhagen, A Love Story, 2013; and Beneath the Neon Egg, 2014). His two collections from New American Press are Last Night My Bed a Boat of Whiskey Going Down (2010) and Riding the Dog: A Look Back at America (2008). His stories, essays, travel pieces, interviews, poems, and translations appear regularly in American and European periodicals. His writing has won an O. Henry Award, a Pushcart Prize, a National Magazine Award, a Charles Angoff Award, and other prizes. With Walter Cummins, he is founding co-publisher of Serving House Books.

This collection is a sampling of all that is out there and, we hope, an inspiration for readers to pack their own suitcases and head off for their own literary discoveries.

— Dave DeWitt, aka The Pope of Peppers, author of Chili Peppers: A Global History and The Hot Sauce Bible