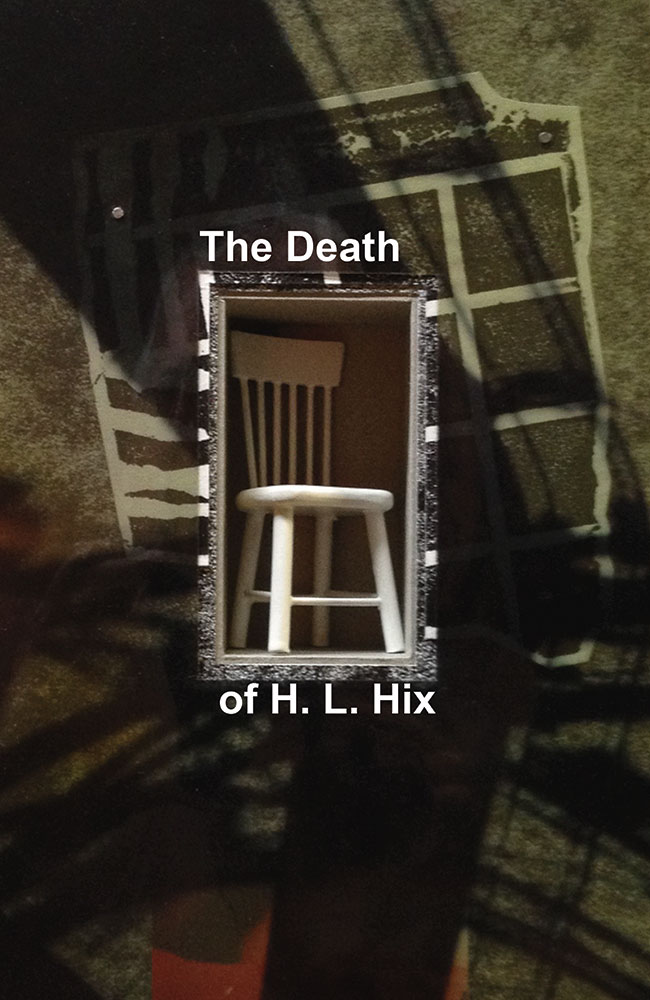 They are separated by an ocean and by a century and a half, but in other ways Ivan Ilyich and H. L. Hix are not so far apart. Ivan Ilyich’s former colleagues in the law courts of St. Petersburg go through the motions of mourning his death, keeping to themselves their relief that it was he, not themselves, who had died. So do H. L. Hix’s former colleagues in the English Department of the University of Wyoming. Ivan Ilyich is hanging curtains when he bumps his kidney, sustaining the injury that eventually kills him. H. L. Hix is mowing the dandelions that have overgrown his gravel driveway when a kicked-up rock inflicts the injury to his kidney that eventually kills him. Ivan Ilyich wishes he had more chances to play
bridge, and H. L. Hix wishes there were an Indian restaurant in his backward town. Ivan Ilyich’s weakening body contrasts with the sturdy frame of his servant Gerasim, and H. L. Hix’s decaying body pales before the vigorous body of his home health-care aide Gary Simm. But just as one hears within walls the humming of hived honeybees, so within the incidental similarities that associate Ivan Ilyich and H. L. Hix, the reader hears in The Death of H. L. Hix the humming of the ultimate and universal fate that unites writer, reader, and written-of into the one protagonist of the one story.

The Hot Sauce Madness Love Burn Suite is a book of poems that revolves around the beloved and sometimes notorious culture of hot sauce and hot peppers. Its 814 rhyming couplets delve deeply into that rich and addicting world, whether they focus on peppers’ flavor, pain, linguistics, or history. Come take a bite out of these verses, and see if you can handle the heat.

He knows it is an exaggeration, but still H. L. Hix finds the report of his death plausible.

About the Translator
Ev’n from the tomb the voice of H. L. Hix cries.

With his debut novel, The Death of H.L. Hix, the poet, essayist, critic, and philosopher, H.L. Hix—not to be confused with the titular H.L. Hix, deceased—makes a brilliant and, thankfully, pre-mortem entrance into the world of fiction. Look beyond the campus satire that sets this story into motion, beyond the comedy of errors that leads to H.L. Hix’s demise; look past the exquisitely and deliciously detailed ordinariness of H.L. Hix’s origins and everyman ways; pay little attention to the fact that H.L. Hix’s corpse resides in Wyoming, or that it’s as American a cadaver as was Louis L’Amour’s, and you will discover beating at the center of this literary post-mortem the afterlife of a Russian soul, very likely reincarnated from a philologist that breathed mostly irony. I’m tempted to call H.L. Hix Count Lev of Laramie. I’m tempted to say after reading this gem of a novel, “The Death of Ivan who?” Hix’s The Death of H.L. Hix is such a joy to read—so cleverly constructed, so gorgeously written, so sharp and wry, amusing and insightful—it deserves to be read and reread and passed around from reader to reader until the paper on which it is printed dissolves into thin air.

The Death H.L. Hix is wondrously funny and tragic, a perfect existential collision updated to these contemporary times.