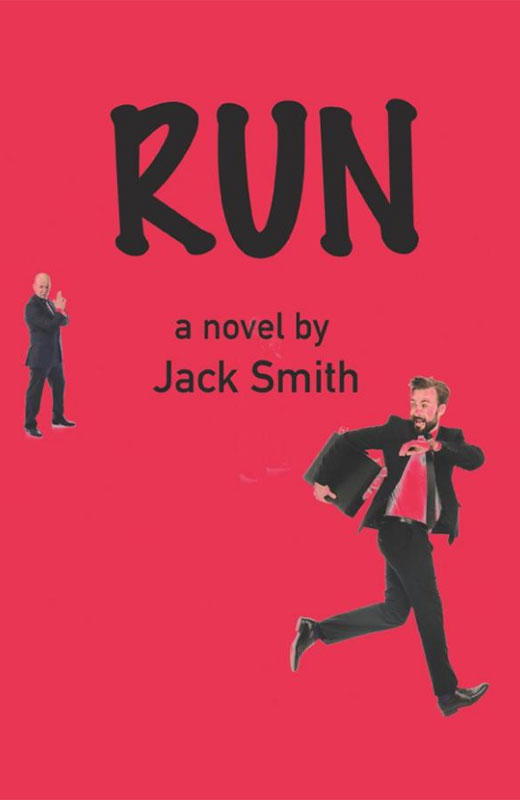 Billy Horn is on the run with serious mob money in a satchel. He has crossed a threshold, inhabiting an alternate existence, a heavy dream filled with menace and deception. Meanwhile, driven by Schopenhauer’s will to live, he’s caught up in his sexual fantasies and his continual need to protect that satchel, which he sees as his ticket to somewhere good.

Jack Smith has published four novels: Miss Manners for War Criminals (2017), Being (2016), Icon (2014), and Hog to Hog, which won the 2007 George Garrett Fiction Prize and was published by Texas Review Press in 2008. He has published stories in a number of literary magazines, including Southern Review, North American Review, Texas Review, In Posse Review, Word Riot, and Night Train. His reviews have appeared widely in such publications as Ploughshares, Georgia Review, American Book Review, Prairie Schooner, Mid-American Review, Pleiades, The Missouri Review, and Environment magazine. He has published numerous articles in Novel & Short Story Writer’s Market and is a regular contributor to The Writer magazine. He has published two books on creative writing: Write and Revise for Publication: A 6-Month Plan for Crafting an Exceptional Novel and Other Works of Fiction (Writer’s Digest Books, 2013) and Inventing the World: The Fiction Writer’s Guide to Craft and Process (Serving House Books, 2018). Besides his writing, Smith was fiction editor of The Green Hills Literary Lantern, an online literary magazine published by Truman State University, for 25 years. He presently teaches for Writers.com.

Run is vintage Jack Smith. Billy Horn, a young loan collector in New York City, witnesses a mob shootout and grabs a satchel of cash tossed in his direction—the curse of materialism—which sends him running across America from mobsters who want their money back. He tries to live off the grid and dreams of his girlfriend and of freedom to study and write, but is haunted by protean types; a beefy cop, unbearably beautiful women and their menacing boyfriends, predatory matrons, and assassins dressed in black. Such figures are always there, no matter where. Smith is a master of present tense narration, inventive complications, and witty, disconcerting dialogue; and Billy’s experiences prove at once surreal and hilarious, much as Alice’s in Wonderland or K’s in The Trial.”

Jack Smith’s compelling novel Run farcically evokes the 19th-century German philosopher Arthur Schopenhauer’s aphorism that “Truth is most beautiful undraped.” While reading, I was reminded of the ever-stoic Buster Keaton vainly battling to join his wife trapped inside their house that’s rotating madly in a windstorm. In the book’s opening, Smith’s everyman narrator, Billy Horn, inadvertently catches a satchel full of cash in a heist amidst exchanged gunfire and proceeds to run off with it. Paranoia-possessed that he is being trailed, Horn adopts the “principle of obscurity” by abandoning old friends and lovers and incessantly changing his living quarters throughout the country every few days, the satchel of depleting greenbacks his sole companion. “A man is never happy,” Schopenhauer says, “but spends his whole life in striving after something that he thinks will make him so . . . for his life was never anything more than a present moment always vanishing.” Jack Smith risibly limns in Billy Horn the tragic-comic arc of braving an irrational world.

—Dennis Must, author of The World’s Smallest Bible, Going Dark, and Brother Carnival

With a satchel stuffed with illicit cash, Billy’s on the lam through an underworld of bus stops and seedy motels. Dangerous people want that satchel, the one thing that will lead either to Billy’s doom or survival. Darkly comic, suspenseful, this is a fast-paced tale of a desperate search for sanctuary where the walls are closing in and no one can be trusted. Like a Hitchcock film, Run blends the real and surreal, and menace comes out of the shadows, including from the shadows within. Is it the demons of the mind, or are those the real demons beating at the door?

—Robert Garner McBrearty, author of A Night at the Y, When I Can’t Sleep, and The Western Lonesome Society