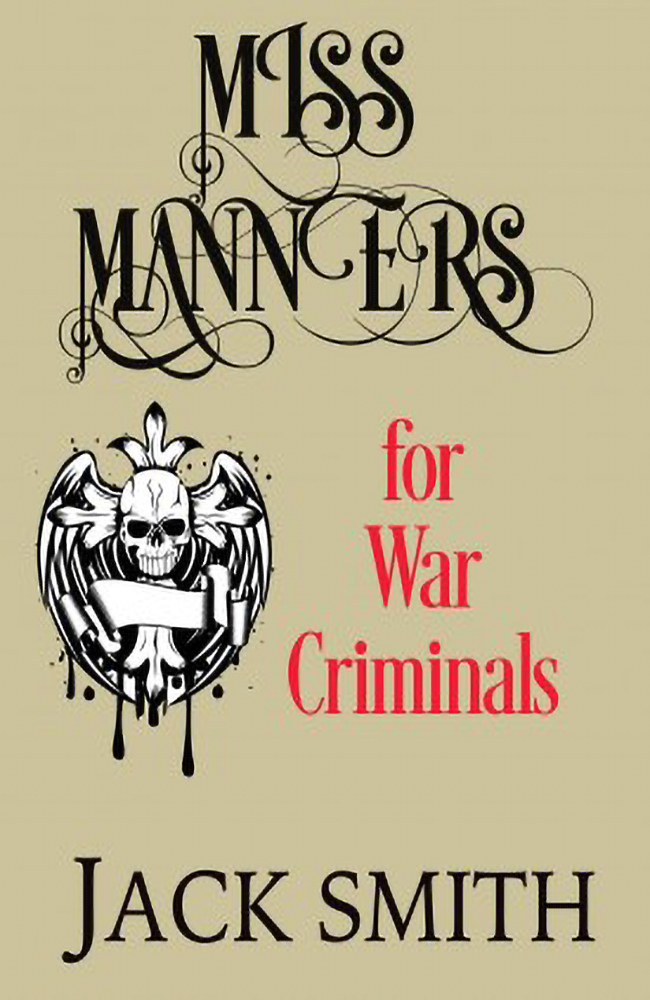 Dean Troost is working on his master’s thesis in history and can’t seem—even though he realizes he must—to get beyond counting the war dead from the present war and innumerable past wars. The novel turns on the question of whether or not war is a crime itself, and whether the rationalizations offered for it are not dodges and deceptions to put a smiling face on an ugly truth.

Jack Smith’s satirical novel Hog to Hog won the 2007 George Garrett Fiction Prize and was published by Texas Review Press in 2008. His novel Icon was published by Serving House Books in 2014. His novel Being was also published by Serving House Books, in 2015. He has published stories in a number of literary magazines, including Southern Review, North American Review, Texas Review, X-Connect, In Posse Review, and Night Train. His reviews have appeared widely in such publications as Ploughshares, Georgia Review, American Book Review, Prairie Schooner, Mid-American Review, Pleiades, the Missouri Review, and Environment magazine. He has published a few dozen articles in both Novel & Short Story Writer’s Market and The Writer magazine. His creative writing book, Write and Revise for Publication: A 6-Month Plan for Crafting an Exceptional Novel and Other Works of Fiction, was published in 2013 by Writer’s Digest Books. His coauthored nonfiction environmental book entitled Killing Me Softly was published by Monthly Review Press in 2002. Besides his writing, Smith was fiction editor of The Green Hills Literary Lantern, an online literary magazine published by Truman State University, for 25 years.

Miss Manners is a work of exuberant genius.  Jack Smith is fully in stride, from Dean’s decent and muddled voice, and his gropings of conscience, to the intellectual bite of his anti-war theme, to the wonderfully distinct voices of his crowd of characters.

—DeWitt Henry, author of The Marriage of Anna Maye Potts and Safe Suicide

Jack Smith has written a darkly comic novella, in equal measures poignant and surreal. The extended dialogue at his hellish family reunion reminds me of the opening scenes of The Graduate, with characters we may wish we didn’t recognize from our own lives: the overbearing uncles, the soldier who, returned from the war, is on the verge of a spontaneous combustion, the graduate student who can’t find a topic for his master’s thesis. Hard drinks, a Hummer, young beauties with college degrees in comportment, the story is, in the end, a cry of anguish against our celebration of war and killing and all that is dark within us.

—Barry Kitterman, author of From the San Joaquin and The Baker’s Boy

Miss Manners for War Criminals with caustic wit imagines a family reunion wherein a young host, in his existential struggle to find meaning, strives to use his intelligence among those who have clearly forfeited theirs. While reading I was strongly reminded of Eugene Ionesco’s work. Like the esteemed playwright, Jack Smith excels in chafing the platitudinous while striking at the heart of the solitary anguish one experiences in what just might be a meaningless world.

At a family reunion, Cousin Gere, a soldier back from war, goes out on a liquor run, suddenly loads his .45, and we know we’re in for a wild party. With dialogue reminiscent of plays by Harold Pinter and Edward Albee, in this satirical novel the reunion-goers move from banalities and absurdities to speculations and debates on war and war crimes, and the justifications we dupe ourselves into. Meanwhile, Cousin Gere keeps reminding us that he was the one who was there. Dark, often darkly amusing, this novel is entertaining, thought-provoking, and relevant.

—Robert Garner McBrearty, author of The Western Lonesome Society and A Night at the Y

The spirit of Dr. Strangelove is alive and well in this funny, trenchant, absurdist work of fiction from gifted satirist Jack Smith.

—Christine Sneed, author of Little Known Facts and The Virginity of Famous Men