Inventing the World: The Fiction Writer’s Guidebook for Craft and Process 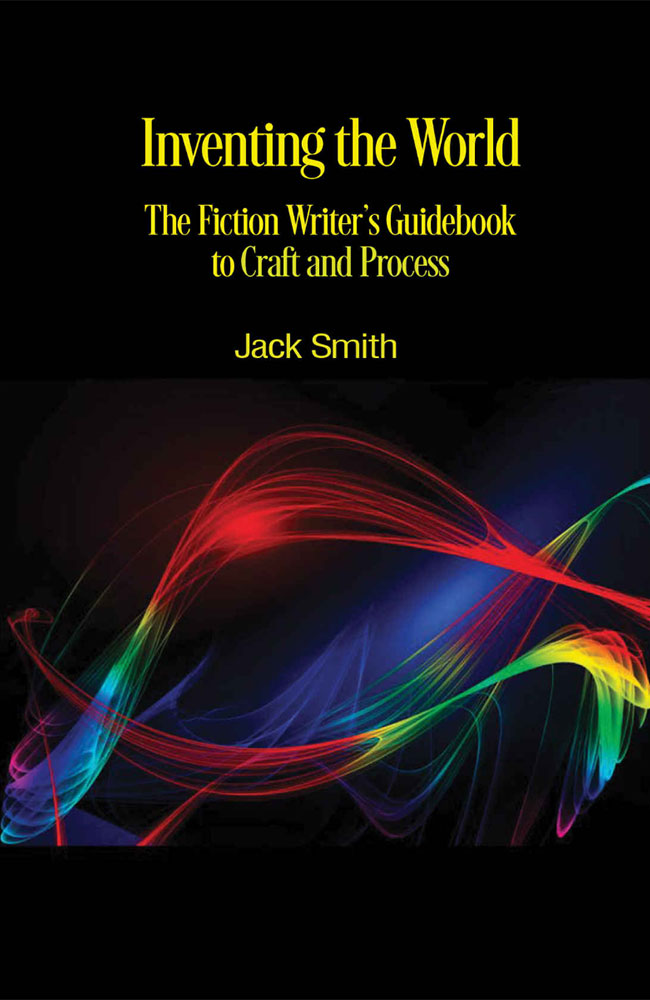 This book is meant to stimulate thought on the various elements of fiction and on the techniques of writing good fiction and avoiding the bad. Most of the articles in this collection are on the various elements of fiction — character, point of view, structure, theme and idea — and how to handle these well. Also included are some articles on different technical challenges a writer is likely to face, including handling dialogue, writing solid prose, creating voice, and avoiding clichés. Beyond these fundamentals, other articles consider different lengths of fiction, from the shorter to the longer: flash fiction, the short story, and the novella. The book ends with interviews of a number of notable writers, three of them Pulitzer Prize winners, a National Book Award winner, and one a winner of both prestigious awards. Like the articles, these interviews focus on the craft of fiction.

Jack Smith has published four novels: Miss Manners for War Criminals (2017), Being (2016), Icon (2014), and Hog to Hog, which won the 2007 George Garrett Fiction Prize and was published by Texas Review Press in 2008. He has published stories in a number of literary magazines, including Southern Review, North American Review, Texas Review, Xconnect, In Posse Review, and Night Train. His reviews have appeared widely in such publications as Ploughshares, Georgia Review, American Book Review, Prairie Schooner, Mid-American Review, Pleiades, Missouri Review, Xconnect, and Environment magazine. He has published a few dozen articles in both Novel & Short Story Writer’s Market and The Writer magazine. His creative writing book, Write and Revise for Publication: A 6-Month Plan for Crafting an Exceptional Novel and Other Works of Fiction, was published in 2013 by Writer’s Digest Books. His coauthored nonfiction environmental book entitled Killing Me Softly was published by Monthly Review Press in 2002.

A generous collection of essays, interviews, and conversations that does nothing less than throw a light onto the mystery of the creative process, Jack Smith’s Honing the Elements of Fiction is an indispensable guide for any writer at any stage of his or her career.  Highly recommended.”

—Anthony Varallo, author of Everyone Was There

The proprietors of the Mom and Pop Shop that produced the Muses were the mash-up of Zeus and Mnemosyne, Memory, a hieros gamos, a marriage that makes the singers sing and allegorically suggests that creation is modulated between highly crafted reason and an inarticulate spontaneous gift.  Jack Smith surveys and maps, in this omnibus collection of essays, the surface and depth of that literary creation, confounding and co-finding, the nuts and bolts of craft wedded to art.  And he does so while displaying, in his own writing, a rewarding elegant articulation of the conventions that can be explained and the secrets that must be approached on the slant, askance and akimbo.  Honing the Elements of Fiction is an exact atlas to this teeming terra incognito of fiction’s textual atolls.

Jack Smith provides excellent, practical advise on all the important elements of writing fiction, including character development, creating vivid setting and authentic dialogue, using research, drawing readers in with compelling openings. Rather than offering a one-size-fits-all approach, in various interviews and articles Smith allows successful and gifted writers to offer their insights into how they create outstanding fiction. In this book, one finds great advice and food for thought on almost any aspect of writing craft.

—Robert Garner McBrearty, author of Let The Birds Drink in Peace and The Western Lonesome Society