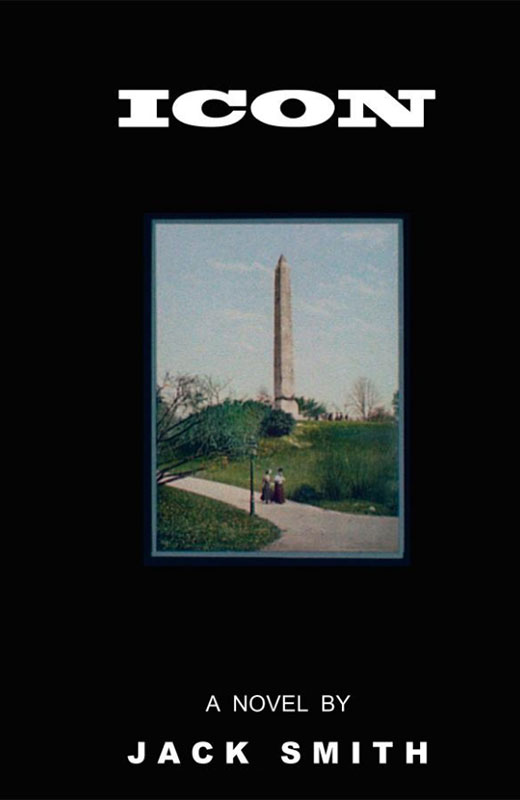 When Mr. Finger builds his first Finger a half mile high flipping off the fabulously wealthy, Peter Boatz, a professor of Icons, finally has a fertile subject for his Icons of Power book. But this gigantic, obscene monument to the rich, with enormous grassroots support, soon takes on multiple meanings for Boatz: the abstract versus the concrete, the ideal versus the real, and involvement in the world versus withdrawal.

Jack Smith’s satirical novel Hog to Hog won the 2007 George Garrett Fiction Prize and was published by Texas Review Press in 2008. He has published stories in a number of literary magazines, including Southern Review, North American Review, Texas Review, X-Connect, In Posse Review, and Night Train. His reviews have appeared widely in such publications as Ploughshares, Georgia Review, American Book Review, Prairie Schooner, Mid-American Review, Pleiades, the Missouri Review, and Environment magazine. He has published two dozen articles in Novel & Short Story Writer’s Market and over a dozen in The Writer magazine. His creative writing book, Write and Revise for Publication: A 6-Month Plan for Crafting an Exceptional Novel and Other Works of Fiction, was published in 2013 by Writer’s Digest Books. His coauthored nonfiction environmental book entitled Killing Me Softly was published by Monthly Review Press in 2002. Besides his writing, Smith co-edits The Green Hills Literary Lantern, an online literary magazine published by Truman State University.

Just when you thought the art of satire was dead, out bursts Icon, a novel that, throughout, proves hilarious, engaging, suspenseful, insightful, benevolently fearless and all the more charming in its boldness and wit. Jack Smith has not only resuscitated satire; he’s roused it into standing tall to sing melodies bound to make it cool again.

—Mark Wisniewski, author of Show Up, Look Good and Confessions of a Polish Used Car Salesman

Jack Smith is a master of satire, bringing to mind Kurt Vonnegut and George Saunders.

—DeWitt Henry, author of The Marriage of Anna Maye Potts

“I’m an Icon Man,” Peter Boatz said. “Thus I’ve got a lot to learn.” And learn he does, usually at the whims of others, in this fast, sometimes funny, sometimes poignant novel of late coming-of-age in the worlds of higher education, politics, and wealth.

—Gary Fincke, author of How Blasphemy Sounds to God, The Proper Words for Sin, and The History of Permanence

Beautifully written and fully imagined, a surreal parable of love and meaning, and above all else, the insatiable, blind human appetite for more. Sardonic, wise, and surprisingly tender.

—Man Martin, author of Days of the Endless Corvette and Paradise Dogs

Only Jack Smith could write a novel so mesmerizingly on target with our own excesses that reading it produces both hearty laughs and horrifying recognitions. Icon is wholly American, with all its promised possibilities and fractured shortcomings. Each page is a mirror, and they fly by with our collective images skewed, with our faces reflected in comic distortion. One of my favorite novels in recent years.

–Doug Crandell, author of The Peculiar Boars of Malloy and The Flawless Skin of Ugly People