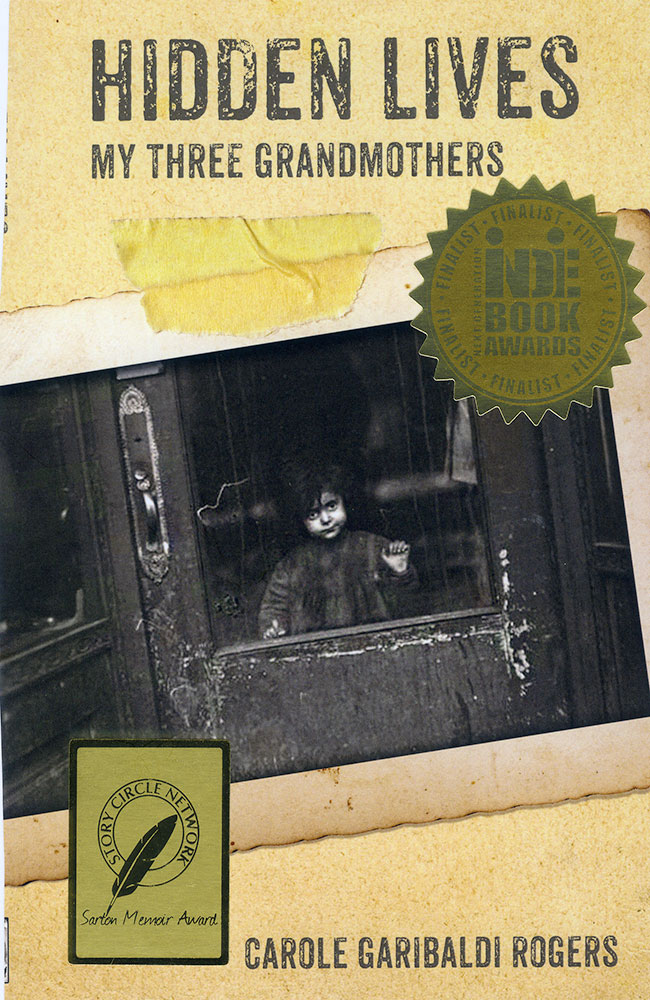 Hidden Lives presents compelling true stories of three New York City immigrant families—one Jewish, one German, and one Italian—set in three tenement neighborhoods—the Lower East Side, the South Bronx, and Hell’s Kitchen—during the first decades of the twentieth century. In each of these narratives, the central character is a woman without power and without voice. Their stories, compassionately told, bring to life statistics that record the city’s stunning population growth between 1880 and 1910. The three women are Rogers’s grandmothers, their stories kept secret for almost a century. She has chosen to break the silence that surrounded their lives and pay tribute to women too long hidden from view. Hidden Lives is also the story of her search for her families’ past.

Rogers writes, “Minnie, Margaretha, and Catherine could not share recipes or handiwork or wisdom with me. I never knew them. But I have learned to love them and cherish their heritage. I am them—Jewish and Catholic, German and Italian, tougher than I thought, more fragile, too.”

Carole Garibaldi Rogers is a journalist, oral historian, and poet. For more than 30 years, she has published numerous articles and essays in national newspapers and magazines, including The New York Times and America. Her poetry has appeared in a variety of small-press journals and in anthologies. She has a Master of Arts degree in theology. This is her eighth book. She and her husband live in Morristown, New Jersey.

What a beautiful story! A combination of quest, memoir, rumination, history, and detective work, it leads in the end to a precious discovery, the gift of self. The author uses powerful imagination to bring the tough lives of her unknown grandmothers to life. Her writing resonates on many levels.

Rogers’ inner yearning and external search for genuine family history is eloquently and tenderly revealed as she unfolds the mysteries of her grandparents’ lives.