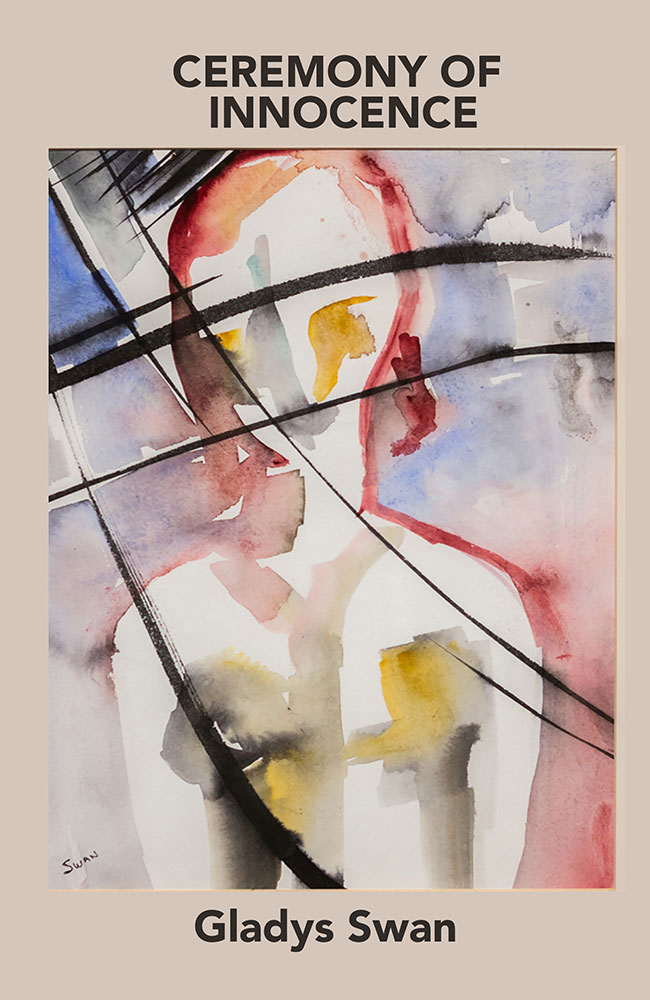 Ceremony of Innocence is a complete departure from the world of Gladys Swan’s previous novels, The Carnival Quintet and her New Mexico trilogy. This novel deals with the effects of subjugation of the individual and the tyranny and violence of governments. It is the story of an American woman, Florrie, who must put her life together after being betrayed by her lover, then having to escape from a man she despises, who invades her apartment and takes over her life. The action is set in Copenhagen, Venice during the Carnival, and Prague.

Gladys Swan has published three novels, Carnival for the Gods, (Vintage Contemporaries Series), Ghost Dance: A Play of Voices, (LSU Press, nominated for the PEN/Faulkner Award), and A Dark Gamble, as well as seven collections of short fiction. Her poetry and essays, and short stories have appeared in many literary magazines and anthologies. Much of her work is set in New Mexico, where she grew up. Though she has spent most of her career as a writer, she has devoted much of her time during the last two decades to painting and exploring the creative process. She was the first writer since the inception of the Vermont Studio Center to receive a fellowship for a residency in painting. She also received a fellowship from the Lilly Endowment for a year’s study of Inuit art and mythology and a Fulbright Award as a writer-in-residence in Yugoslavia. Her paintings have appeared as the cover art for various literary magazines and books, including the most recently published, The Tiger’s Eye: New & Selected Stories. She has twice been a Guest Writer at the Vermont Studio Center and has held residencies at Yaddo, the Chateau de Lavigny in Switzerland. the Fimdacion Valparaiso in Spain and others. She has taught literature and creative writing at various colleges and universities, notably, in the MFA Program at the Vermont College of the Arts and at the University of Missouri-Columbia. She received an Honorary Doctorate of Humane Letters from Western New Mexico University and gave the commencement address. The Carnival Quintet, an outgrowth of her first novel, is being published by Serving House Books. The first volume, Carnival for the Gods, appeared in September, 2014. She has done the cover paintings for the series.