Anecdotes and Antidotes: People I’ve Known or Known of Including Myself 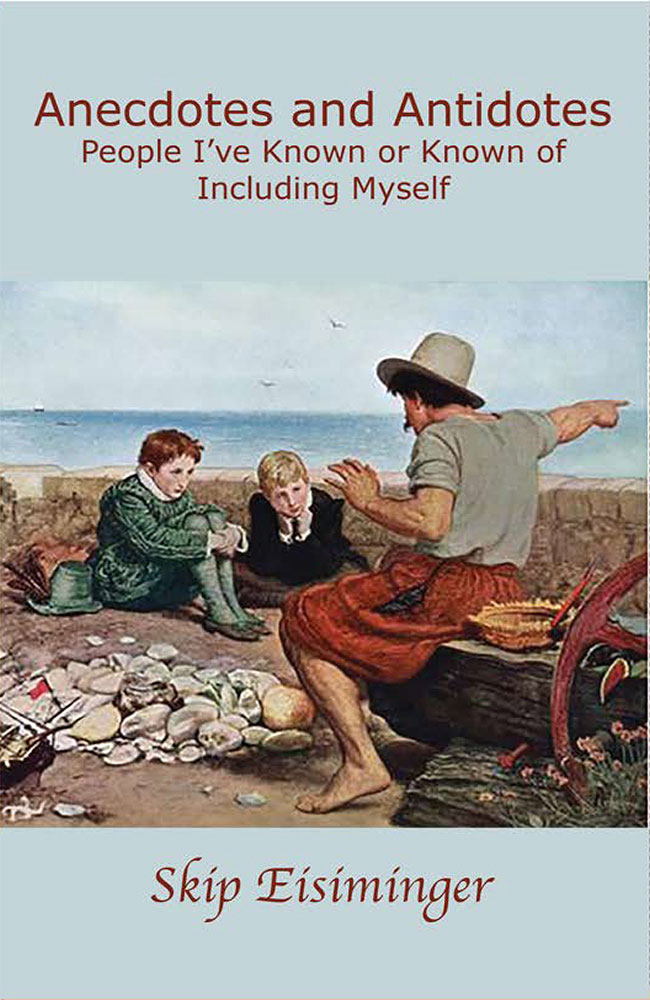 When it comes to a good story, I’m an elephant served a single salted peanut. I suspect I’m no different than most in this respect, but test yourself to see if I’m right: read “The Dean’s Story” and ask yourself if you aren’t hungry for more.“Heirs to the Vlasic pickle fortune, Dean Howard Cox and his wife, Roxy, lived many years on a boggy acre with a stream meandering through their front yard in Clemson. Both were long-time wildflower enthusiasts living as they were on the banks of a small Lake Hartwell tributary. So, when Lake Jocassee in the mountains to the north began rising toward ‘full pond,’ and a friend whose property was scheduled to be inundated invited the dean to transplant a few Oconee Bells, Howard leapt at the opportunity to assist an endangered species. “After several hours of digging and hauling the plants to the trunk of his Bentley Continental, he headed home in muddy clothes and boots. On the way back, he stopped in a country grocery to buy a soft drink and a pack of peanuts. As he waited to pay, the customer in front of him dropped a dime. Always the gentleman, Howard picked it up and offered it to its owner. Said he after giving his deanship a quick assessment, ‘Keep it—you look like you need it more than I do.’ “So, Howard quietly pocketed the coin, paid for his purchases, and went back to his car. As he was preparing to leave, the careless customer tapped on the driver’s-side window of the dean’s Bentley. As Howard was rolling down his window, the man said, ‘I want my dime back.’” There are dozens more like this one which I’ve collected over forty years in and out of academe.

Born December 12, 1941 at Walter Reed Hospital in Washington, DC, Skip Eisiminger is the son of Dorothy and Sterling Eisiminger. In 1959, he graduated from Mt. Vernon HS (his tenth school in twelve years). In 1963 while serving three and a half years in the Army Security Agency, he married Ingrid Barmwater of Helmstedt, West Germany. With her committed assistance, he graduated from Auburn University in 1967 (BS) and 1968 (MA). The same year, he settled his family in Clemson, SC after taking a job teaching English and interdisciplinary humanities at Clemson University. After his son Shane was born in 1964 and his daughter Anja in 1969, he returned to graduate school in 1970. In 1974, he graduated from the University of South Carolina with a Ph.D. in English after which he returned to Clemson, where he looked forward to most Mondays until his retirement in 2010. His only move after his return was across town. Over forty-two years in academe, he published a book of verse, a book of word games, a children’s book, and two collections of essays, the most recent of which was The Pleasures of Language: From Acropox to Word Clay, Serving House Books, 2016. In forty-two years as a teacher at Clemson, he taught over nine thousand students in twenty-nine different courses. Since his retirement, he has taught a dozen continuing education classes at the Clemson OLLI Center.

A recovering Presbyterian, Skip’s firmest belief is in the illusion of free will. As a poet, he’s aware rime does not pay; as an essayist, he knows it’s not the eloquence but the evidence; as a critic, he assumes the best until he knows otherwise; as a linguist, he prides himself on being an ento-etymologist (a debugger of words); as a teacher, he has discovered if he makes the material seductive, the students will teach themselves; as an employee, he usually completed the worst first; as a husband, he comes to the table with something to share, and as a father and grandfather, he is a carpet bonder. Gradually, he has come to understand the virtue of giving more and expecting less, and that while curiosity did kill the cat, he has several more.